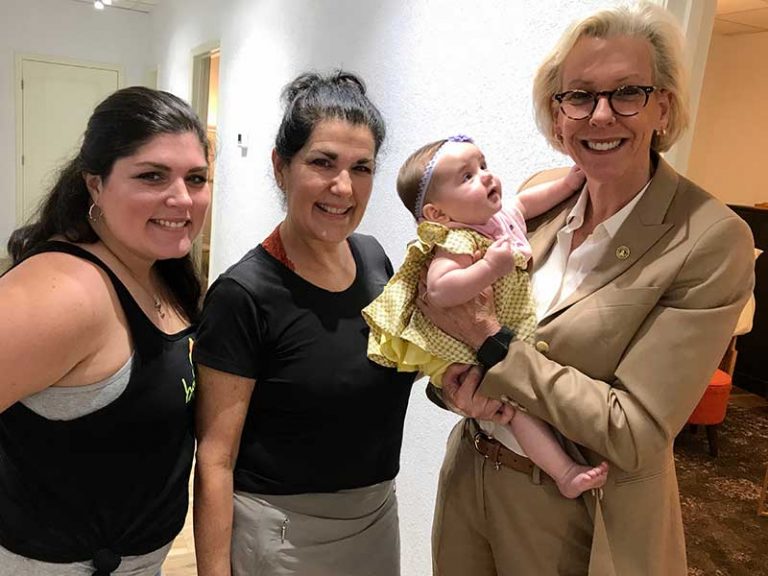 Tampa Mayor, Jane Castor, former Chief of Police for Tampa, visited Baby Scene. As a Policeman’s daughter, Valorie Bauer, Co-Founder & CEO of Baby Scene, was pleased to introduce her mother, Gloria Lopez, to Mayor Castor. The Mayor thanked Mrs. Lopez for her husband’s twenty-eight years of service with the Tampa Police Department. Mayor Castor toured the studio and had the pleasure of seeing an actual 4D HD sonogram demonstration. She was in awe of the advanced technology and continued to be in wonder as Baby Scene’s Chief Sonogram Officer, Gina Fernandez, showed the baby in utero. The baby put on a show and was literally smiling and rolling over, giving the audience an AWEsome experience.

baby lovin’… the perfect opportunity to get i

come celebrate my birthday with me! 10% off all u